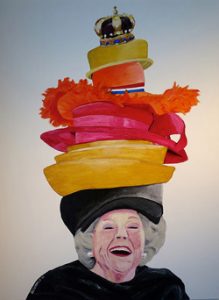 Our quest is to learn computers how to read and understand human language. Not an easy task since we speak different languages across the globe, use proverbs and sayings and try to be funny or sarcastic.

In today’s blogpost we’re going to use BuzzTalk to find a set of publications around a particular subject and see whether we can find out what happened without actually reading the publications (only to check whether our findings are correct).

Let’s see what we find when we create a search in BuzzTalk by using just one keyword: Beatrix. Instead of focussing on the number of publications or the sentiment we want to evaluate whether you can use BuzzTalk to interpret a set of media publications without actually reading the text yourself.

Searching for Beatrix in different languages

We include four languages: Dutch, English, German and French. BuzzTalk translates all publications to English and has OpenDover and OpenCalais tag these so they can be categorized.

The total buzz, depicted as number of publications per week, looks like this: 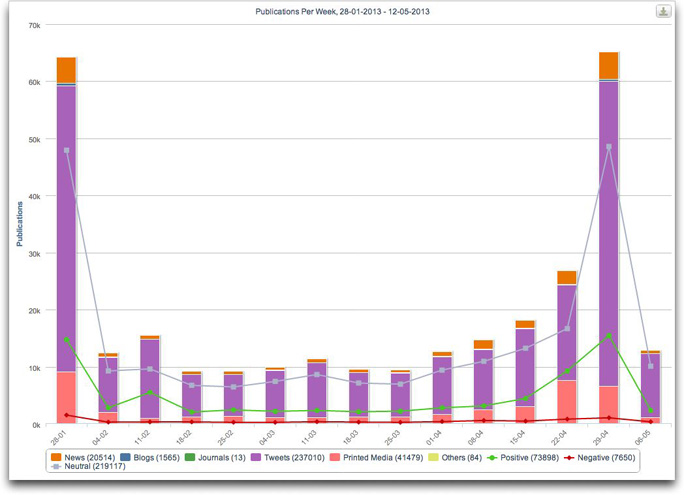 We see two distinct spikes in the buzz pattern. Twitter is the dominant medium in publications count (not too difficult when 140 characters counts as a publication). Upon filtering out Twitter the shape of the graph does not change. Important to note is the amount of printed media; a source that despite the focus on online media cannot be ignored when you’re monitoring online reputations or doing research.

Let’s find out whether the computer can show what’s happening without us reading the actual publications. For this we can use the ‘BuzzEvents’ view in BuzzTalk. 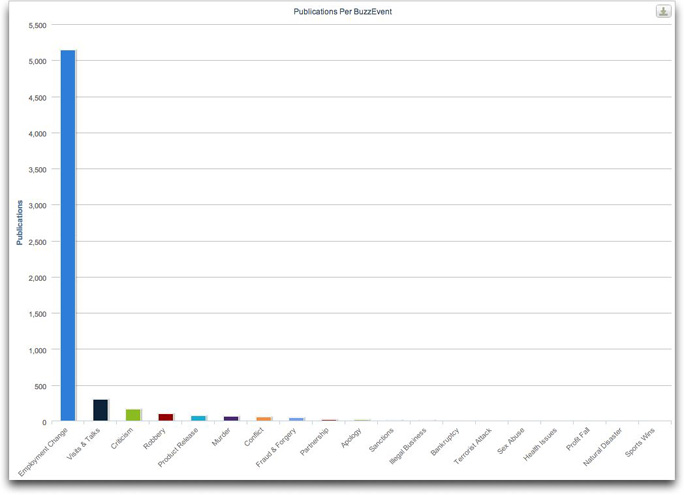 The event category ‘Employment Change’ immediately catches our eye. Fact check: Beatrix’ abdication was announced on January, 28th 2013 (the first spike in the buzz per week view) and took place on April, 30th 2013 (the second spike in the buzz per week view). So BuzzTalk can tell this is the main event in this time period. Even when we select the time period from February, 4th to April, 23th – thereby eliminating the two spikes – we still get ‘Employment Change’ as the main event discussed in the media.

Looking at the Twitter Hashtag Cloud at the time of the second spike we see: 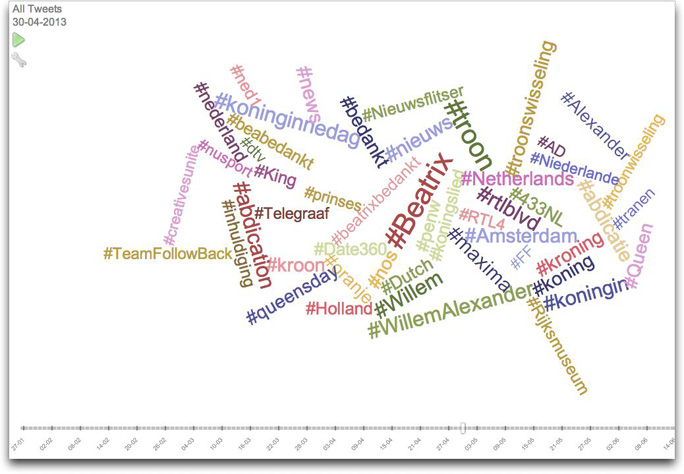 Alternatively we can we look at the ‘Tag Occurences’ view in BuzzTalk (see below). We find that the two most common used tags are ‘Position’ and ‘Person’. 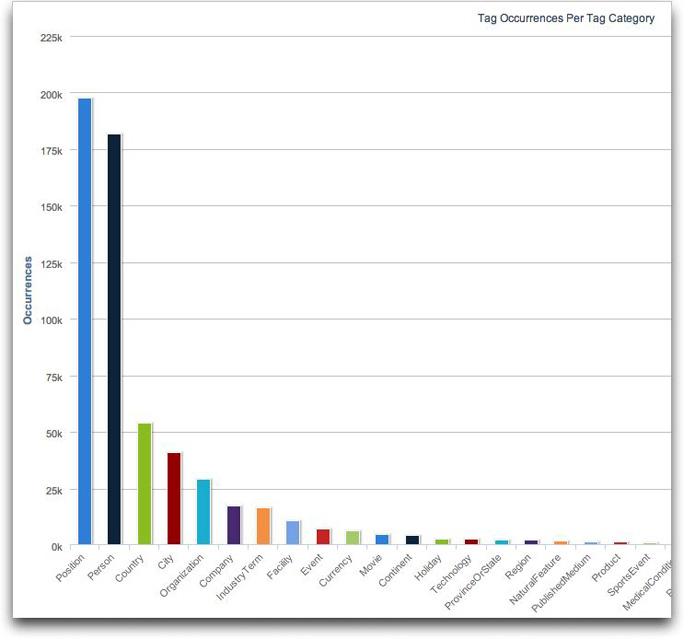 By clicking on a bar we can drill down on each one. We find the two most mentioned positions are ‘Queen’ and ‘King’, followed by ‘prince’ and ‘princess’. We find Beatrix on number one as the most mentioned person (which is to be expected as she is the topic of our search) and Willem-Alexander on position two. Fact check: On April 30th, 2013 Prince Willem-Alexander became King of the Netherlands. By signing the instrument of abdication the former Queen Beatrix will have the title of princess again.

What did the crowd think of this event?>

The dominant mood state is vigor, followed by tension. These enhance as the date of the abdication comes closer, resembling the pattern in case of a product release. This means people are excited and looking out to a particular event (which also gives tension but in a positive way). 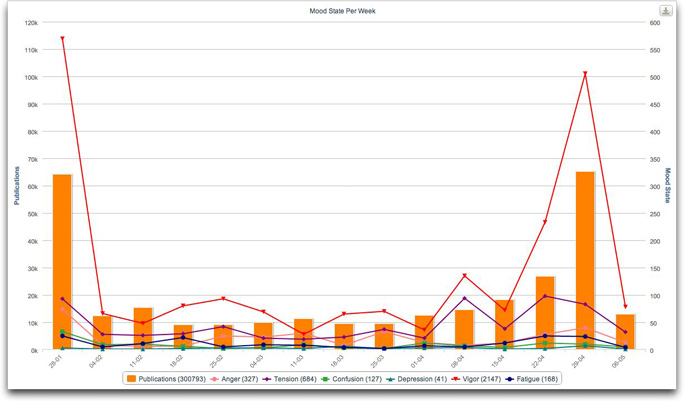 The amount of negative sentiment is very low as you can see in the first graph presented (red line). When we zoom in on January, 28th – the day of the announcement – we find less than 2% negative publications, 77% neutral publications and 21% positive ones. This is the same on April, 30th.

Computers can tell us what happened

Using several views in BuzzTalk we get a good feeling of what was happening in the first months of this year around Beatrix. Of course we were biased, since we already knew what was going on but the graphs are cold objective reflections of the tagging process in BuzzTalk. These perfectly point us in the right direction.

Likewise you can use BuzzTalk to monitor reputation and analyze markets. You can also benchmark companies or markets and make discoveries from there. If you want to know more about other applications please download our eBook below or contact us for more information.