In this blogpost we highlight a scientific article “Sponsoring, Brand Value and Social Media” that was published in december 2012 by Zauner et al. to see whether we can draw any conclusions from this that may help companies in their marketing. 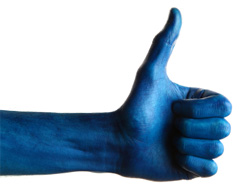 Various scientific disciplines, ranging from sociology to marketing, show interest in the relevance of social media platforms such as Facebook, Twitter and Google+ as these are now mainstream applications used by many people worldwide on a daily basis. For example, Facebook reported about a year ago that they have over 800 million active users worldwide. Organizations can use these platforms to communicate with their target customer groups and consumers can interact with products and brands like never before.

The question now is whether social media activities can contribute to greater perceived value from a customer’s perspective. Enhancing perceived value is important as this directly relations to buying intention and can turn non-customers into customers.

Corporate sponsorship can be a great tactic as a recently published analysis of business performance data on 50 top US-based corporations indicated that the corporations that consistently invest in sponsorship outperform market averages. It’s a nice correlation but don’t go spend your budget on sponsoring just yet as this study does not suggest a causal relationship between sponsorship investments and business performance. Still, other research shows that “consumers are more positively minded toward a brand if they feel that it is delivering or contributing something positive towards individuals and communities”.

So let’s see if sponsorship contributes to increased perceived brand value based on the research by Zauner et al.

The research project by Zauner et al took place on Facebook, the social media platform where a company can maintain their own Facebook fan page and, at the same time, support unrelated organizations’ Facebook fan pages via joint ventures and sponsorships. They focused their research on the consequences of a joint activity, a large European telecommunication service provider sponsoring the Facebook fan page of a celebrity volleyball team from Austria.

Their rationale: “Integrating sports sponsorship and marketing activities via specific fan groups on social media platforms might have several positive effects for a company. This could be advantageous, especially regarding the company’s brand image and the perceived brand value”.

Three questions they wanted to address are: 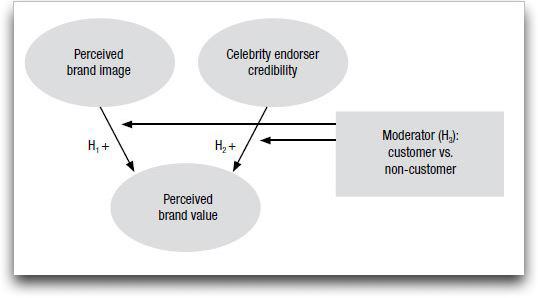 The 1286 members of the Volleyball team’s Facebook fan page were presented a questionnaire asking them about brand image of the sponsoring company, the credibility of the celebrity endorser (the volleyball team), and the perceived brand value. About 25% of the fans did fill out the forms of which 38% were already clients of the sponsoring firm. So 121 customers and 201 non-customers reported their answers via the Facebook questionnaire. 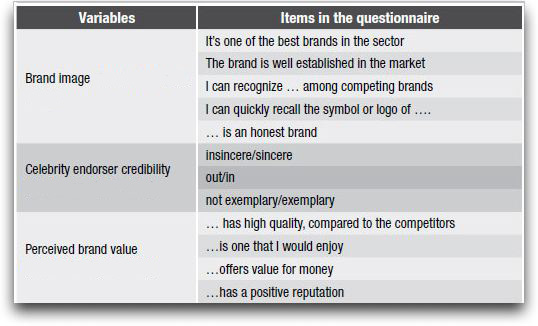 Perceived celebrity endorser credibility, as expressed by trustworthiness, expertise and attractiveness of the celebrity, did not have a relation with perceived brand value of the sponsor company for its customers and only slightly so for non-customers. Nevertheless because of this slight, though significant, effect for non-customers the researchers advice managers to choose its sports team (or celebrity) carefully to keep celebrity endorser credibility high. To this we want to add to always choose your celebrity endorser with care. Just look at the criticism when Coca-Cola, Heineken and McDonald’s were sponsoring the London Olympics. People just don’t associate high-sugar, high-caloric brands with slim fit athletes. Besides credibility one should also look at relevance. A sports shoe company may gain a bigger benefit of sponsoring a volleyball Facebook page than a telecom company.

In my opinion the experimental set-up of this survey is incomplete and lacks proper controls. It only shows correlations that don’t add anything new to the practical knowledge managers already have. This survey could be improved by adding another celebrity sports team Facebook fan page into the equation. People joining this Facebook fan page may be similar to the other group in composition of male, female and interests. This Facebook fan page is not sponsored by the telecom company so our hypothesis for this second group would be: (H1) Percentage of customers is significantly lower than 38% (this would hint at a beneficiary effect of sponsoring, turning non-customers into customers)  and (H2) Non-customers score lower on perceived brand image and perceived brand value as compared to non-customers in the sponsored Facebook fan group (indicating a positive effect of sponsoring on the mindset of non-customers).

If the authors wanted to show the consequences of a joint activity (sponsoring activities in social media) they should have analyzed a group that is sponsored against a group that is not sponsored. I’m not sure why they failed to do so. The same survey could have been sent to a comparable celebrity sports team Facebook fan page that is willing to cooperate in this research. In addition this survey could also be applied to fans of the volleyball sports team that don’t engage in social media activities on Facebook. It’s a small effort that would greatly enhance the value of this research paper.

To further add to the value of the survey I suggest to also incorporate questions such as “Would you do business with this telecom company (again)?”, “Would you recommend this telecom company to your family, friends and co-workers?” and other questions assessing the buying intentions of the fans.  These behavioral intentions would bridge the gap between knowing/liking a company and enhanced business performance.

Probably the most important thing to remember from this blog post is to always have a proper control group when you set up an experiment. Without this you can never draw valid conclusions.

How BuzzTalk helps evaluating the effect of sponsorship

Alternatively one can evaluate the effects of corporate sponsorship on the public opinion by making use of sentiment analysis tools. Using BuzzTalk you can follow the total buzz in time with a breakdown based on sentiment and mood-states. This way you can compare measures before and after the sponsoring event (or follow-up during a prolonged sponsoring venture) or any other intervention.

This way you will learn whether word-of-mouth is increasing, who is talking and writing about you and whether the mindset is more positive than before. These are important predictors for behavior as people will buy more readily if your brand is well-known and if other people recommend your brand and talk about it online.