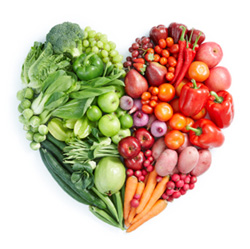 Sentiment is the tone of voice in which a particular document was written. We as humans have usually have no problems determining the sentiment of documents. As we read a text we just know whether it’s positive or negative. We’ve learned that certain words are indicative of a positive sentiment. These are for example words such as good, grand or hero. Other words like terrible, bad or violent are clearly indicative of a negative sentiment. And even when it comes to sarcasm like “go read the great book” we know this is negative for the movie that was reviewed. How different is this for computers that take everything literally.

However, we as humans are limited in that we cannot read and score that many documents in a day. It’s difficult to get to the big picture really fast. For this we need computers.

How do software programs such as BuzzTalk determine sentiment?

Teams of linguists have created lists of words that correspond with a certain sentiment. Each word has a ‘force’ since for example ‘great’ is more positive than ‘good’. Phrases that match the list are scored with a number between -9 and +9. When the program has reached the end of the document and tagged all the relevant words you can calculate the average score. This average score corresponds to the tone of the document.

Now, this is not all that BuzzTalk does in relation to sentiments but we’ll come back to that at a later moment.

How can companies use automated sentiment analysis?

Suppose you’ve started a big marketing campaign to increase your brand awareness. You can use sentiment analysis to determine the public’s response to your brand. Are they talking about you? Is their response positive or negative and if negative… how negative and why.

You need to know this kind of information so you can adjust your campaign. Also you want to know whether these were marketing dollars well spent.

Since BuzzTalk uses effective sentiment tagging you can easily analyze large amounts of publications on the web. We as humans can spot patterns and trends, which would not be possible when we read and analyze only a small portion of the web.