Strukton is a Dutch technology provider for rail systems, with areas of expertise that include rail infrastructure, rail vehicles and mobility systems. And this week… Strukton is all over the news.

Strukton has been awarded a contract by Arriyadh Development Authority. It’s their biggest deal ever. In 5 years Strukton will provide a complete automatic and driverless metro system for the city of Riyadh. It currently is the largest subway under development in the world. Total contract value equals 6 billion euro’s and Strukton’s share is nearly 1 billion euro’s.

In the next graph you can see how the buzz about Strukton peaked in the week of 29th July 2013 (and this week isn’t even complete yet). 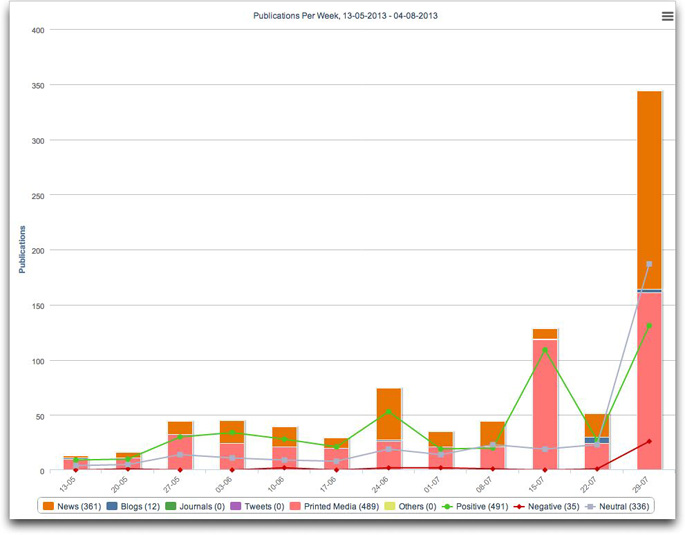 In bringing the news about the megadeal online and offline media are equally active (52% versus 47% in the week starting 29 July). Twitter was omitted here though. Should we include Twitter the online buzz would likely exceed the offline buzz by far. However, Twitter are very short messages only and often contain links to online news sites and blogs. So what this picture tells us is that you cannot rule out printed media if you want to have a full picture of your media presence.

What else happened this period? 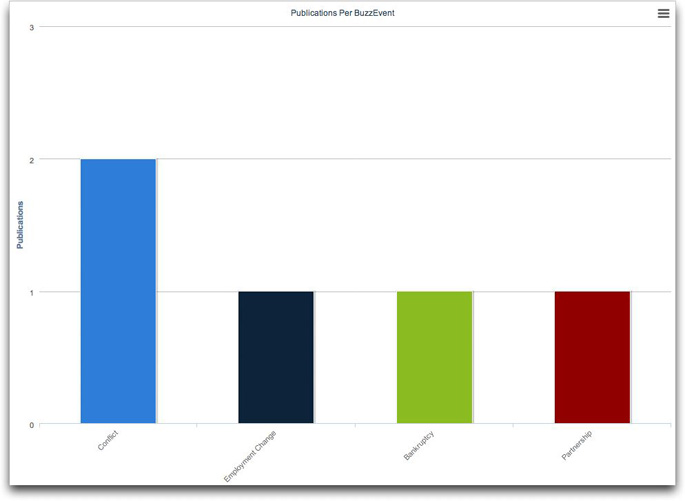 Conflict? Bankruptcy? Let’s find out what this is all about.

How much advertising value did Strukton gain from their one billion deal?

When we look at the moment when the megadeal was announced in the media, the advertising value skyrocketed. On 29th July the AVE sums up to 206 K EUR and on 30th July to 306 K EUR. Striking is the difference in timing. The news is covered by the online media first which is no surprise as it’s easier and faster to publish online than it is to print.