Millions of people are connected via a diversity of social media. This digital connectivity makes it possible for a news item to spread fast or even go viral. But since we are overloaded with so many messages each day we won’t easily share or retweet a message unless… it’s very interesting, creates a chance for us to win something or it triggers an emotion (it makes us laugh, it’s shocking and controversial or just gets our blood boiling but in any case… you do feel something). Also, funny pictures and videos are more likely to get shared than just text.

Let’s now examine a case of a story (and a video) that went viral.

The first post that started it all had a small audience 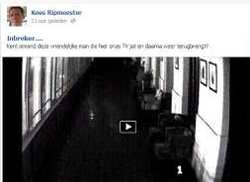 Last monday, september 2nd, Kees Ripmeester manager of restaurant ”t Zusje’ in Oudenbosch (a small town in the Netherlands), placed a video on this Facebook page. Kees had only 50 Facebook Friends at the time of this status update, which isn’t an extreme high amount (currently he already has 165). But someone in his network shared the video, and then another person reshared it again, and again… and soon it was picked up by the local media, national news papers and radio stations before it spread to neighboring countries.

It’s the story of a robbery. A burglar takes a large LCD flatscreen TV, 2 laptops and 3 bottles of whiskey with him in the middle of the night. Not that uncommon as you can see in the next graph depicting some unwanted BuzzEvents in the Netherlands. 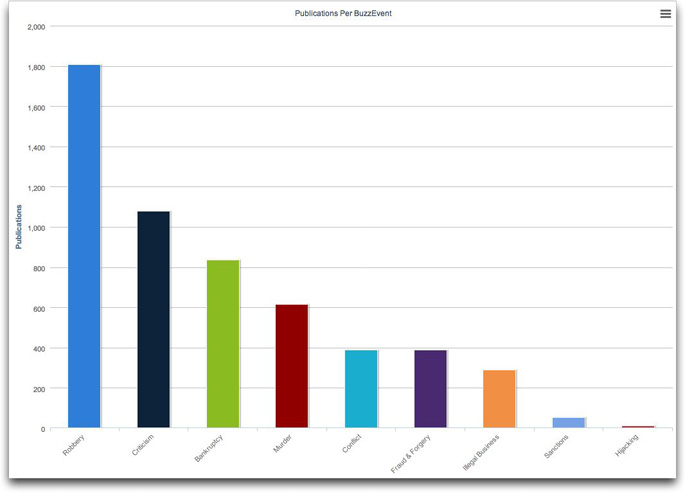 What makes this video special?

There is no reason why this video would go viral if it wasn’t for some strange action the burglar took which is unexpected and mysterious. After about an hour he returns to the crime scene. He surprisingly re-installs the very heavy LCD-TV on the wall, and even collects the stolen cables to connects them to the device! The laptops and the bottles of whiskey he kept. In the past we’ve seen more of these burglars, some even leave apology notes at the scene. They belong to a rare species indeed which keeps you wondering.

Have a look at the video with the remorseful burglar:

People share items that amaze them and this video is quite amazing. At the time we write this only 4 days have past since the video was uploaded to Facebook.

We created the following Buzz Search: burglar AND oudenbosch AND (hotel OR restaurant) to see how many publications we could find in the past days. Since this is a one time search we didn’t create a new BuzzReport. Instead we used our MediaSearch which enables ad-hoc reporting:

All of these publications are tagged with the BuzzEvent “Robbery” as you can see in the following graph. In our blogpost ‘Can computers tell us what happened without us reading?‘ we’ll demonstrate how these kind of tags help you make sense of a huge bunch of publications without ever actually reading one.

And below we see it was published in all well known news media in the Netherlands: 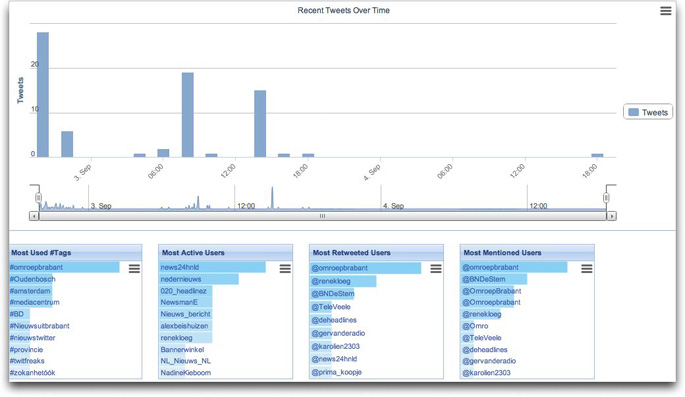 All Tweets are mentioning the fact that the burglar returned the TV. An ordinary robbery would not have gained this exposure.

What can we learn from this as marketing and communication professionals?

Try to make your audience feel something

Not only should you educate people, make them smarter, help them in making decisions, but to be really effective at your work it’s best to also make them feel something. People may share and retweet your message if it makes them feel appreciated, funny, intellectual, artistic or social. In this case people probably shared because it’s surprising, unexpected and mysterious and… because they want to help identify and find the thief. So think about emotions when you write your next article. Write a blogpost, a Facebook update or a tweet that can spike an interest and evoke a feeling. In reward your content will get shared more often and you’ll reach a bigger audience.

Know which emotion to evoke. Not all emotions are alike in the response they get. Note this works both ways: A sad tweet won’t result in many retweets, but an angry tweet can arouse a whole crowd. So, suppose you’re monitoring your brand on social media and notice an angry tweet this should be your highest priority to manage.

Using BuzzTalk you can monitor the mood states in publications surrounding your branche or industry.

Measure the impact of your work in cash

In the example of the remorseful burglar we measured the value of this news item the same way we would assess the value of a press release. The advertising value equivalency of the news articles online is nearly 77K EUR. You can monitor this in time and/or benchmark it against other news stories.